Since the founding of the People's Republic of China in 1949, there have been significant changes in the politics, economy, society, culture and people's livelihood in China. Modernisation, as the driving force behind these changes, has been turning our country into a modernised society. China first proposed the realisation of "Four Modernisations" in the 1950s, then implemented the Reform and Opening Up policy in 1978. In 1980s, it started with the socialist modernisation with Chinese characteristics and targeted to build a moderately prosperous society in all aspects in recent years. Over the years, it has been committed to developing a diversified economy to promote the country's development, greatly increasing the industrial and agricultural production across the country and improving the education level and livelihood of people.

This exhibition is one of the major exhibition programmes of the Hong Kong Government to celebrate the 70th anniversary of the founding of the People's Republic of China. Showcasing some 170 exhibits, including pictorials, newspapers, commodity ration vouchers, medals, certificates, artworks and models from the National Museum of China, as well as some 40 exhibits from the Hong Kong Museum of History, along with a great amount of valuable historical photos, multimedia programmes and videos, the exhibition illustrates the achievements of modernisation of China in the aspects of the economy, education, technology, culture, sports, and people's livelihoods. Visitors can learn about the progress and changes that the New China has undergone in the 70 years since its establishment. It helps Hong Kong people, particularly the youth, to know more about our country. 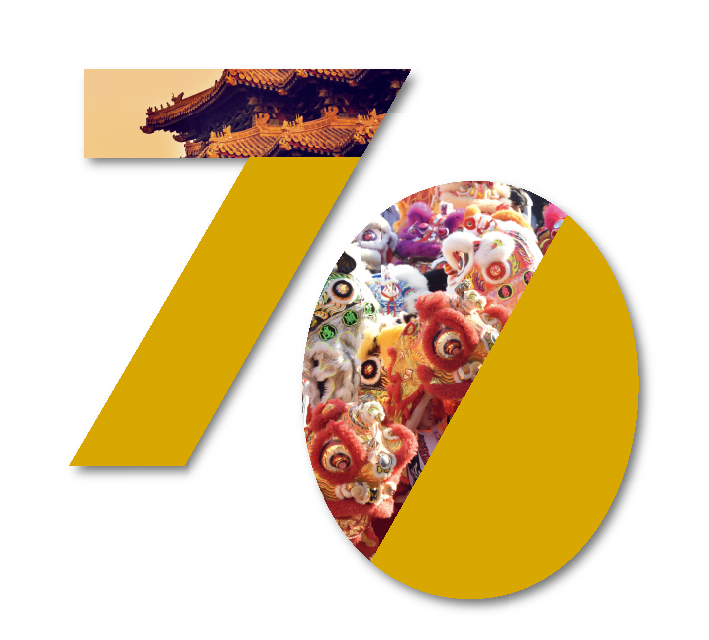 A Selection of Wedding Memorabilia from the Museum's Collections